Recently, I came across an interesting Casio digital watch with a slight James Bond connection. Now usually I am not a fan of digital watches, but who could resist the temptation of owning a “Bond watch” for just under $20? Now I know what you’re thinking, James Bond’s watches, like the Rolex Submariner and Omega Seamaster go for thousands of dollars. How could it be possible to own a “Bond watch” at such a bargain price?

In this article, we are going to look at the extremely budget friendly Casio AE-1200, affectionately nicknamed the “Casio Royale”. The Casio Royale is an homage to the Seiko G757 worn by Roger Moore in Octopussy (1983). Since Seiko does not produce the G757 anymore, the Casio Royale is commonly regarded as the next best alternative. As a result, it has gained a cult following among watch enthusiasts, myself included. 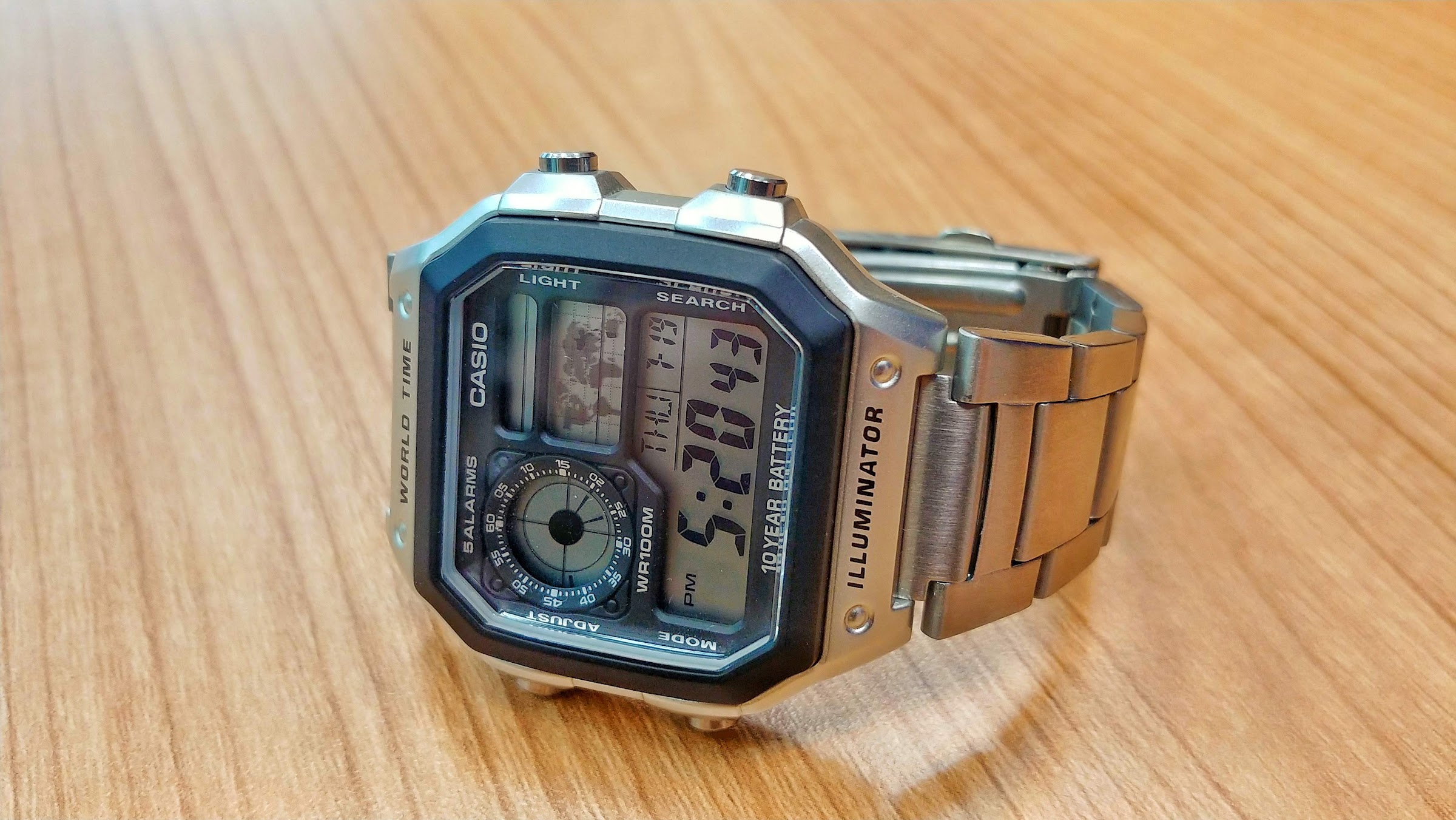 Unlike other Casio retro/retro-inspired watches, the Casio Royale features a rather large 42mm square dial.

Overall, the watch gives off a really cool retro/spy vibe which makes you want to believe that the modules on the dial do more than just tell the time. Maybe it contains a tracking device like in the movies? Or maybe it can remote control a drone?

Back to the watch itself, there is an LCD world map on the top right which will indicate the location that corresponds to the time zone that you are currently selecting. An analog dial with hour, minute, seconds indicators is located on the upper left corner of the watch. The digital time module is located at the bottom half of the dial. The size of the digits is moderately sized without being too hard to read, though you might have to squint your eyes a bit to read the date and timezone.

When you press the light button on the top right corner, you will be greeted with an orange illuminator light, which helps you see in the dark. The color of the illuminator light may also come in green or blue depending on the model. 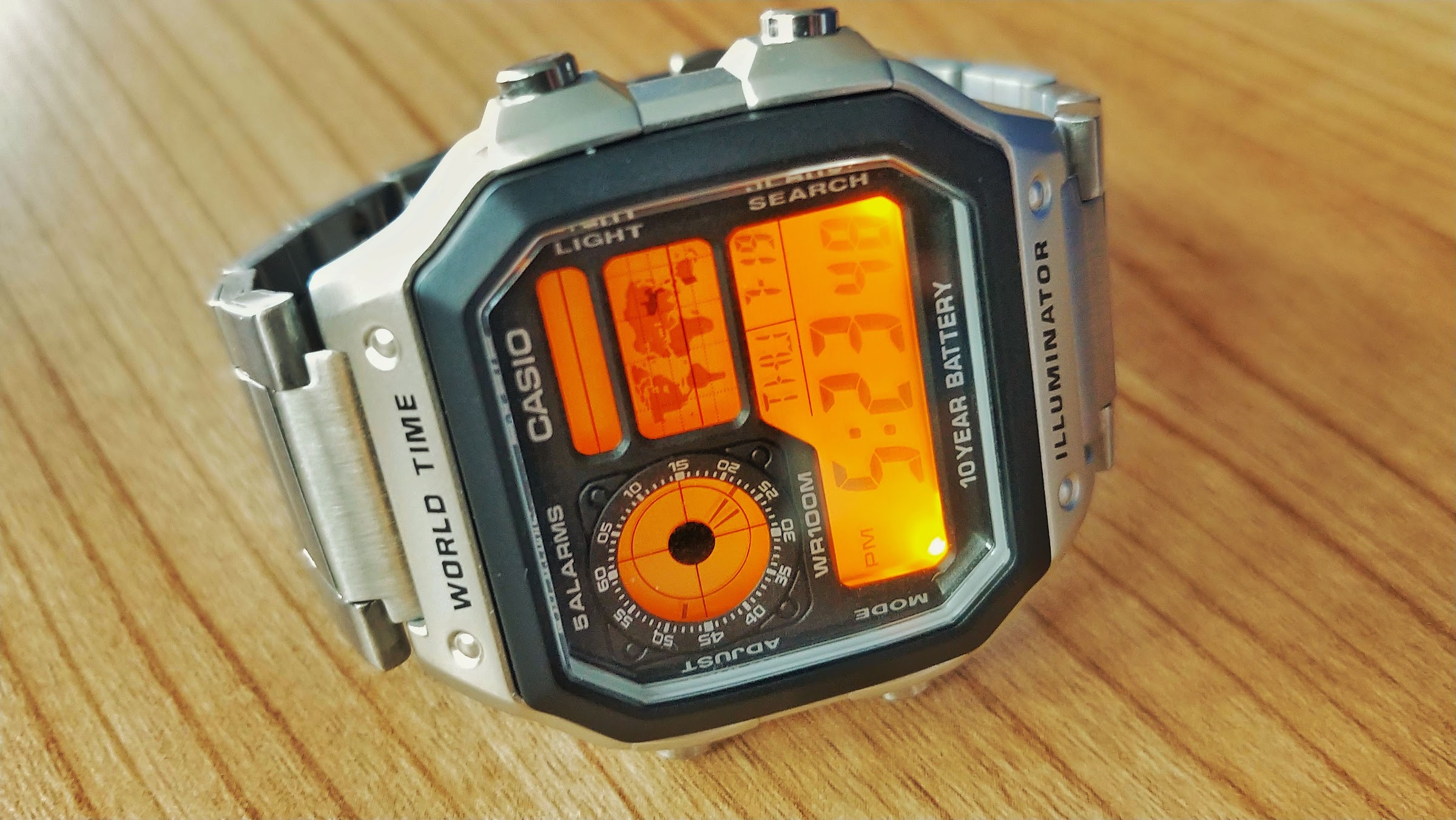 Despite the affordable price, the watch actually is packed with features. It has the following modes:

Water resistance is rated at 100m, so you can take the watch swimming without issue.

Another amazing feature is that the watch boasts a whopping 10-year battery, though recently test out this claim yet. In all honesty, the rest of the watch itself is probably going to break before this watch runs out of battery. One of the weak points of the watch is the bracelet. The folded links are quite difficult to resize. I almost broke a spring bar tool while trying to pry pins out of the bracelet. The steel bracelet has a fixed curvature. For a small 6 inch wrist like mine, it hugs my wrist too tight at the wrist bone area when I go true to size, but is too loose when I loosen one position on the micro-adjustment holes. I prefer to wear a bit tighter so I decided to stay true to size. You will definitely feel it after wearing it for an extended period of time. The case is actually resin with metallic paint which will likely wear off eventually.  But hey, at this price you can just buy a new one when the watch is too beaten up. Let’s just hope that Casio will not discontinue this watch.

This is the best part. The Casio Royale can be had for around $15 for the rubber strap version on Amazon, and under $30 (I bought it at $17.99) you can choose the steel bracelet version. I was torn between which version to choose but finally decided to get the steel bracelet version as I think it is slightly more versatile and it was only an additional $3 at the time of my purchase. 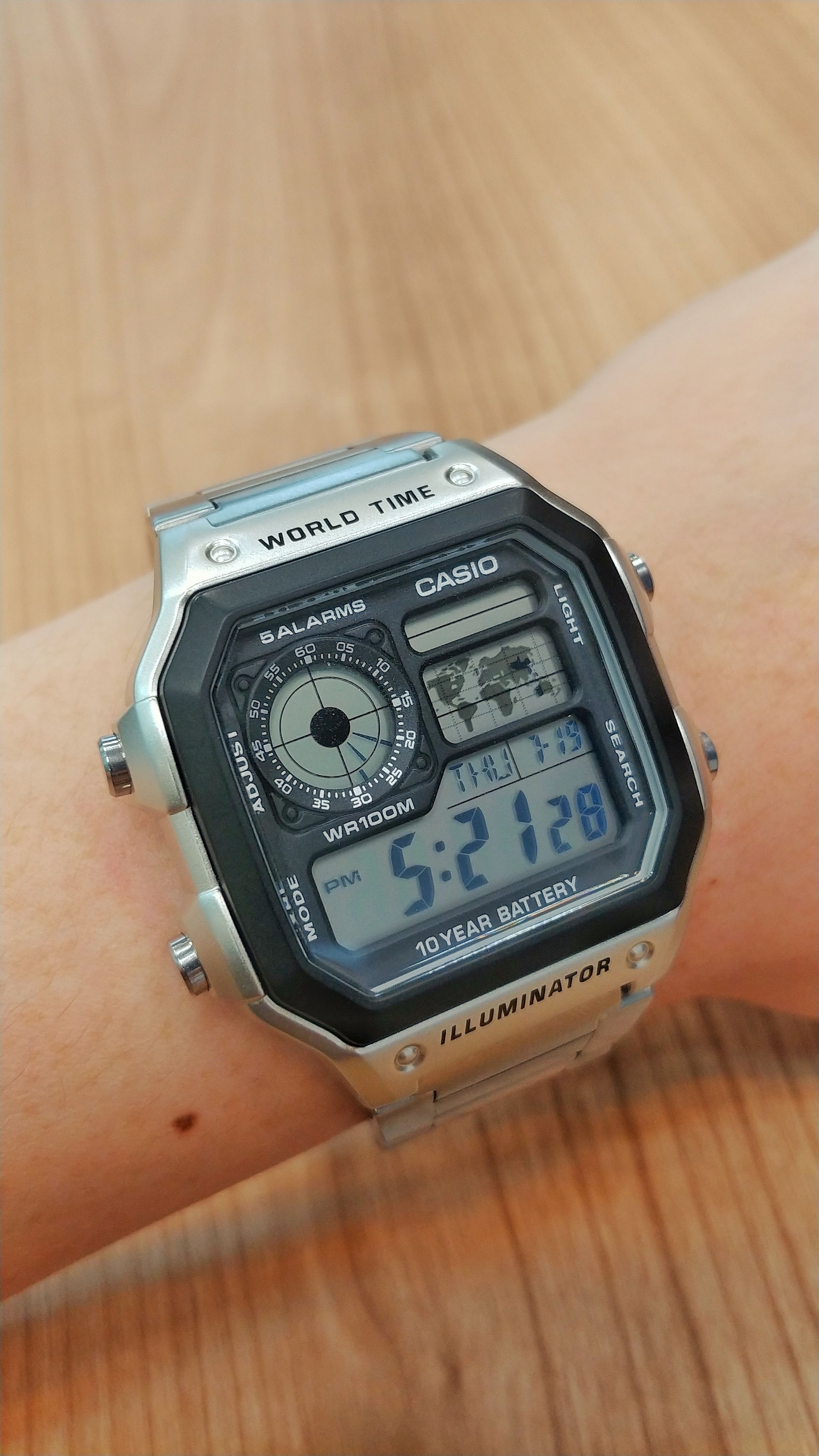 The Casio Royale is great value proposition, being an extremely affordable watch with a watch company with actual heritage with tons of functionality. The watch is versatile enough for you to wear casually as a beater as well as formal occasions. I mean, if James Bond can wear one in a suit, so can you!

If you’re in the market for a budget-friendly mechanical watch, also check out our review on the Tevise 795A! We'd all like to enjoy the finer things in life. Unfortunately, most of us do not have unlimited funds to buy and do all the things that we want.

At Mates, we believe that you don't need to be rich to dress well, eat well, travel well and be well. It's all about being smart with your purchasing decisions. We will be sharing our thoughts and opinions on various men's lifestyle topics such as style, grooming, food, travel and more.

We invite you to join us on our journey, and hope that our sharing will help you maximize your lifestyle as well!

Please subscribe to our newsletter and follow us on our social media so you do not miss any updates!